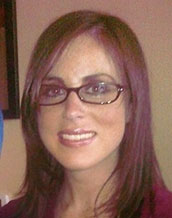 Bryanna McGarry is the Legislative Assistant for State Senator Jim Ananich (D-Flint), who serves on Senate Health Policy Committee, Economic Development, Transportation, and is the Democratic Vice-Chair of Banking and Financial Institutions. In this position, she manages and oversees Senator Ananich’s legislative priorities and also serves as a District Liaison, helping to support a number of community initiatives in Genesee County. McGarry also worked with Senator Ananich when he was a State Representative, transitioning with him to the Senate in May of 2013 after he won a special election. Before working in the Legislature, McGarry served as Senator Ananich’s Campaign Field Director in 2010. In 2011, she served as Campaign Manager for Flint’s Mayor, Dayne Walling, in his bid for re-election.

In August of 2012, McGarry graduated with her Master of Social Work from the University of Michigan after doing the accelerated one-year graduate program, with a macro focus of Policy and Community Organizing.