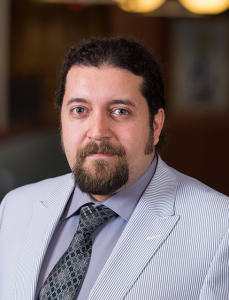 Shervin Assari is a Research Assistant Professor of Psychiatry and Public Health at the University of Michigan, Ann Arbor. He is also affiliated with the Center for Research on Ethnicity, Culture, and Health (CRECH), the Institute for Healthcare Policy and Innovation (IHPI), and Poverty Solutions. With over 15 years of post-graduate research experience, Assari has authored more than 200 peer-reviewed papers and is an elected fellow of the New York Academy of Medicine (NYAM), Society of Behavioral Medicine (SBM), and American Academy of Health Behavior (AAHB). In 2017, he served as the president of the Scientific Association for Public Health in Iran (SAPHIR). He is an associate editor for BMC Public Health and has edited a number of special issues on the social determinants of health.

Dr. Assari studies how social groups based on race, gender, and class differ in the salience of social determinants of health and fundamental causes of illness. He has published extensively on Minorities’ Diminished Return, defined as systematically smaller health effects of socioeconomic resources for members of minority groups (Blacks and Hispanics), compared to the majority group (Whites). In the same line of research, his work has documented increased risk of discrimination, depression, and suicide in highly educated, wealthy Black men. His research advocates for social and economic, rather than health, policies as a solution for the elimination of health disparities. His research also highlights the importance of enhancing education quality and employability for Blacks in inner cities. ​