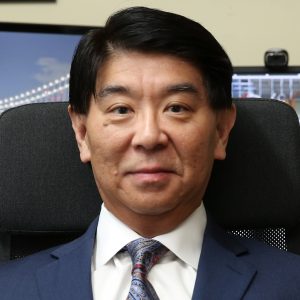 Toshiki Masaki retired at the end of 2018 from the Ford Motor Company where he worked since 1988. Masaki held a variety of positions at Ford, including in vehicle engineering, finance, global data insights and analytics, government and community relations, and purchasing. His last position was manager in global data insights and analytics, where he was charged with establishing infrastructure for a new department to implement global priorities for the company’s one-on-one marketing strategy across all digital media. Previously, Masaki was senior manager in government relations, where his responsibilities included the Ford Political Action Committee, the business plan review, public policy and economic impact analyses, and management of Ford’s global career development and training program in government relations.

Masaki was one of ten members of the 2015 Japanese American Leadership Delegation, an annual program sponsored by Japanese Ministry of Foreign Affairs to advance US-Japan relations by leveraging the talent of Japanese Americans.

He is a member of the National Board and governor of the Midwest District of the Japanese American Citizens League. Established in 1929, the league is the oldest Asian American civil rights organization, consisting of just under 8,000 members throughout the U.S.  Its Midwest District consists of ten chapters located in nine states.