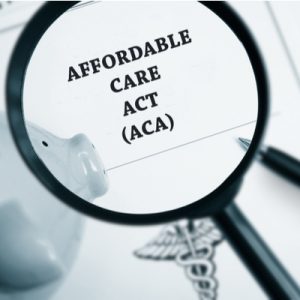 This brief examines grant programs funded by the Affordable Care Act (ACA), how funds have been distributed to states and local organizations, and the effects of budget sequestration on future ACA funding.

The ACA aims to expand health insurance coverage and introduce health care delivery reforms that improve quality and lower costs. The ACA is designed to reduce the number of uninsured Americans by expanding eligibility for Medicaid and offering tax credits for the purchase of private insurance. Beginning in 2014, the ACA expanded coverage through Medicaid expansion (in states that approved expansion), tax credits for individuals and families to purchase private insurance, and small business tax credits. In addition, the ACA makes investments to expand access to care, implement broad private insurance reforms, and enhance the public health infrastructure.

Many of these reforms and investments are paid for through direct spending included in the law. Specifically, the ACA included much of the funding necessary for creating the state-based health insurance exchanges (also known as marketplaces) as well as the federally-facilitated exchanges, growing the health care workforce, expanding community health centers and several other initiatives.