Changes in Payer Mix for Michigan Primary Care Physicians: The Impact of Medicaid 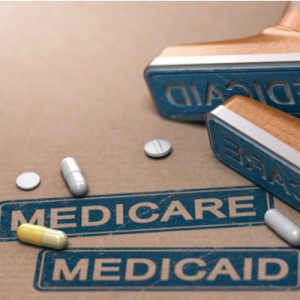 Data from the Center for Healthcare Research and Transformation’s (CHRT) Physician Survey show that the proportion of primary care physician (PCPs) who reported having a large volume, or greater than 30 percent, of patients covered by Medicaid increased by 11 percentage points from 2014 to 2016. The impact of Medicaid on these physician practices needs to be considered in policy discussions.

The survey data presented in CHRT’s Physician Survey briefs were produced from a mail survey of primary care physicians practicing in Michigan. The physician samples were randomly generated from the American Medical Association (AMA) Physician Masterfile, a comprehensive list that includes both AMA members and non-members. Physicians who responded but reported they were no longer practicing primary care were removed from the analysis.

The 2016 survey was conducted between July 2016 and October 2016 and included a sample of 1,500 primary care physicians practicing in Michigan. Potential respondents received up to three mailings, with $10 included in the first mailing to encourage response. The mailing included information on how to complete the survey online via Qualtrics, rather than by hard copy, if respondents preferred this option. Both surveys returned by mail and online were merged to create a final data file.

The final sample included physicians from two primary care specialties: family medicine and internal medicine. The survey had a response rate of 40 percent (603 physicians) and has a margin of error of ±2.5 percent.