Cover Michigan Survey: Coverage and health care access trends in the wake of the ACA 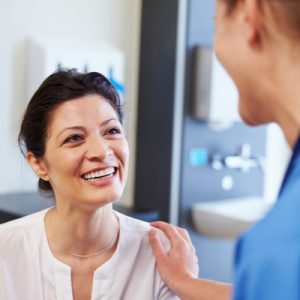 This brief provides evidence of a dramatic change in Michigan’s health care landscape as a result of the first year of the ACA’s coverage expansions. Overall, the number of residents reporting they were uninsured, struggled to pay medical bills and/or delayed seeking needed medical care has dropped significantly compared to CHRT survey findings before the launch of the ACA coverage expansions. While most insured Michiganders reported easy access to primary care, they did, however, report a greater challenge in obtaining access to specialty care in 2014 than they reported before the ACA coverage expansions.

The Michigan health insurance landscape changed substantially in the wake of the Affordable Care Act’s coverage expansion provisions. Starting in January 2014, many eligible individuals could enroll in private insurance coverage through the Health Insurance Marketplace and receive financial assistance to lower their cost of coverage. On April 1, 2014, Michigan residents below 138 percent of the federal poverty level who were not previously eligible for Medicaid became eligible for the Healthy Michigan Plan, Michigan’s expanded Medicaid program.

Using data from two of the Center for Healthcare Research & Transformation’s Cover Michigan Surveys, this brief explores consumer experiences with insurance coverage and access to care within the state of Michigan between mid-2012 and late 2014. The 2014 survey was fielded beginning in September 2014, five months after the first Marketplace enrollment period ended and Healthy Michigan Plan enrollment had begun. By the end of the Marketplace’s first open enrollment period in March 2014, 272,000 Michigan residents had selected coverage through the Marketplace. By September 2014, 410,000 people were enrolled in the Healthy Michigan Plan, bringing the state’s total Medicaid enrollment to 2.2 million by that time.