Health care use variation in Michigan 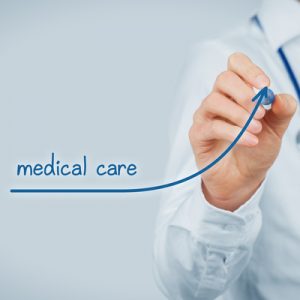 For more than 20 years, researchers at the Dartmouth Institute for Health Policy and Clinical Practice have been sharing data on regional variation in the use of health care services: Variation that does not seem to be explained by health status or other relevant differences among the populations studied.

Most of work done on geographic variation has been done on the Medicare population, and some could argue that the phenomenon of variation is unique to a senior population or some specific attribute of the Medicare structure. However, just over 10 years ago, we in Michigan were fortunate to have the opportunity to collaborate with our colleagues at Dartmouth to look at this same kind of data in the commercial Blue Cross and Blue Shield of Michigan (BCBSM) population. Our findings then showed that patterns of geographic variation in the commercial population were similar to those found in the Medicare population.

In this report, we are again comparing the commercial BCBSM population to the Medicare population, but we are also looking at changes within the commercial population in overall health care use and geographic variation over the past 10 years. Overall, this report depicts an improving picture in some key areas, showing notable reductions in overall use for some procedures often considered to be “over-utilized”—particularly in cardiac care and ambulatory care sensitive conditions. And, these trends look different (and better) for the BCBSM population than they do nationally.

Even among procedures with improving overall trends, however, some areas of the state continue to have very high use rates and unexplained variation. And some procedures often considered to be over-utilized do not show improving trends between 1997 and 2008; notably, Cesarean section, computed tomography (CT) scans of the low back, and back surgery. Finally, while there are some important exceptions, patterns of regional variation are similar between BCBSM and Medicare; that is, areas with high use rates in Medicare tend to have high use rates for BCBSM. And, for the most part, areas that had high use in 1997 still had relatively high use in 2008.