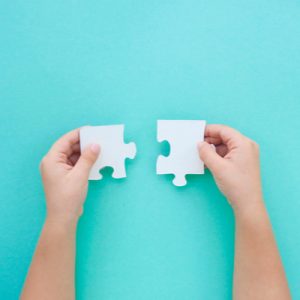 Autism spectrum disorder (ASD) comprises a group of developmental disabilities that cause impairment in social interactions, communication skills, and behaviors that can have long-term health and social functioning costs for individuals with ASD and their families. In 2014, the Centers for Disease Control and Prevention (CDC) reported that approximately one in 68 children in the United States were diagnosed with autism spectrum disorder.

Researchers estimate that it costs between $1.4 and $2.4 million to support an individual with ASD over a lifetime for direct costs such as medical care or special education, and indirect costs such as lost employment. Federal agencies, advocacy groups, and states are paying more attention to the prevalence, diagnosis, and treatment costs for ASD, demonstrated by an influx in research and an increasing number of states that have mandated certain insurers to provide coverage for ASD diagnosis and treatment.

Autism spectrum disorder refers to a group of developmental disabilities that can cause substantial impairments in a person’s behaviors and social and communication skills. Signs of these impairments usually occur before
a child turns three years old, although children are often diagnosed between ages three and five. While the severity of symptoms may lessen by adulthood, core symptoms often last to some degree throughout the individual’s life. In recent years, researchers have found evidence that a small percentage of children with ASD, particularly those with milder symptoms, can overcome the diagnosis and reach social and cognitive functioning similar to that of their peers, though it is uncertain why some do and others do not.6,7 In 2013, the medical diagnosis for autism was redefined to include four autism-related disorders to better reflect the full “spectrum” of severity and complications associated with autism. Individuals with ASD will often have other medical conditions, including epilepsy, learning disabilities, anxiety, depression, sleep disorders, and gastrointestinal distress.9,10 As with other developmental disabilities, early diagnosis and intensive intervention can have a significant impact on the functional skills and quality of life for children with ASD.11 The American Academy of Pediatrics (AAP) recommends that all children be screened for developmental delays or disabilities during well-child visits at the age of 9 months, 18 months, and 24 or 30 months.

Special thanks to Lisa Grost.