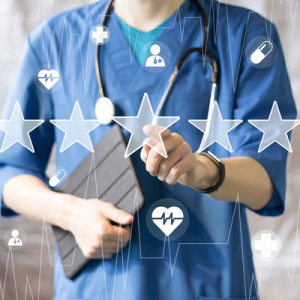 This brief examines how factors influencing health plan selection, both on and off the marketplace, were related to consumer satisfaction with insurance coverage. Our analyses suggest that when selecting a health plan during open enrollment, consumers may be happier with their coverage if they ensure that their plan includes their current primary care provider rather than looking for the plan with the widest network. Comparison shopping among plans at similar price points and looking for value instead of price alone may also lead to increased health plan satisfaction.

The brief is based on data from the Center for Healthcare Research & Transformation’s 2014 Cover Michigan Survey of Michigan adults, fielded between September and November 2014. Detailed methodology is available at https://chrt.org/publication/health-plan-selection-factors-influencing-michiganders-choice-of-health-insurance/.

Findings from the 2014 Cover Michigan Survey

Figure 1: Percent of respondents satisfied with coverage, by importance of cost and network size in plan selection

Figure 2: Satisfaction with coverage, by insurance inclusion of provider