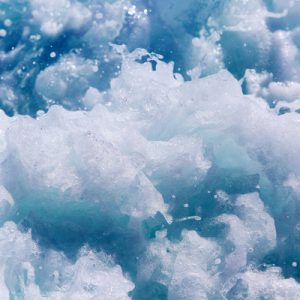 The uninsured rate has declined substantially since provisions of the Patient Protection and Affordable Care Act (ACA) came into effect. Nevertheless, many individuals continue to experience instability in insurance coverage. Transitions between different insurance plans, as well as between insured and uninsured status, are often referred to as “insurance churning.”

The causes of insurance churning vary. Changes in job status may result in loss of coverage or transition to a new insurance plan. Eligibility for Medicaid or plans with Marketplace subsidies may change based on changes in family composition or fluctuations in income. Nationally, three to five percent of members are dropped each month by health plans offered on the Health Insurance Exchange due to non-payment of premiums.

Insurance churning can affect quality, cost, and continuity of care. Individuals may avoid seeking health care when they need it during gaps in insurance coverage. Even if consumers maintain continuous coverage while transitioning between different insurance plans, they may find that their regular health care providers do not accept their new insurance plan. In addition, when they change health plans, research shows that medication compliance is often disrupted. These and other churning-related problems tend to be exacerbated by uncertainty about what new co-pays or deductibles might be as well as by known increased costs associated with new insurance plans.

A recent study found no evidence of significant increases or decreases in broader indicators of insurance churning since the introduction of the ACA in three states (Texas, Kentucky, and Arkansas). Under the new administration, depending on which provisions of the ACA are repealed, replaced, defunded, or retained in the coming years and how these changes are implemented, rates of insurance churning could change dramatically.

Between 2013 and 2015, data from the Census Bureau show that the proportion of Michiganders who reported no source of health insurance declined by five percentage points—from 11 percent to 6 percent. Using data from the Center for Health and Research Transformation’s Cover Michigan Survey, this brief explores consumer experiences with insurance churning and access to care within the state of Michigan for approximately a one-year period in 2014–2015.