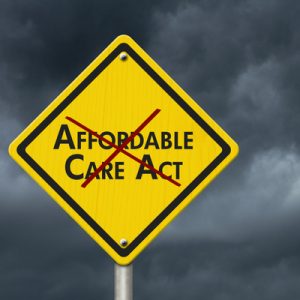 President-elect Donald Trump and Republicans’ proposals to replace the ACA have not been fully detailed. Republicans have made multiple repeal attempts, but have not yet coalesced around a single replacement proposal.

Trump’s plan to repeal the Affordable Care Act could:

Repealing the entire ACA would be extremely complex because the law is sweeping and includes many provisions that go beyond health insurance coverage issues.

Repeal would require 60 votes in the Senate to overcome a likely Democratic filibuster. Republicans will retain the majority in the Senate, but will not gain enough seats to pass that 60-vote threshold. Regulations and guidance would need to be changed if a full repeal is pursued.

Repeal of parts of the law could take place through the budget reconciliation process only to the extent that the provisions have budgetary impact. Reconciliation requires a simple majority in both chambers and cannot be filibustered.

Editor’s note: This summary was updated to correct a typo. The document now identifies an increase in Medicare (instead of Medicaid) payroll taxes for households making over $200,000/year as one of several parts of the ACA that can be repealed through the budget reconciliation process.