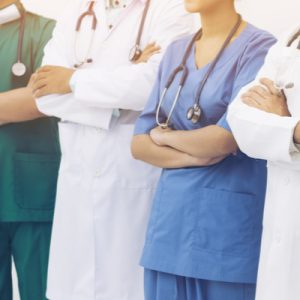 Nearly half of PCPs had a care manager or nurse practitioner, while less than one-tenth had a co-located psychiatrist. Michigan providers employed in group practices and by hospitals were more likely to have primary care team members than those practicing in single physician practices.

While there are certainly other factors that shape primary care team composition, this data show that PCPs who treat high volumes of complex and potentially vulnerable patients are the most likely to have teams in place to address the needs of that population.