The impact of the Affordable Care Act in Michigan 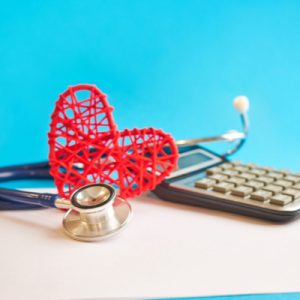 Covering the first year of expanded health insurance options, this brief provides an overview of Affordable Care Act (ACA) initiatives that are transforming health care and specifically, the impact of the ACA on health care consumers and insurers in Michigan. The brief also reviews some of the major changes providers have faced over the five years of the ACA’s existence.

Since becoming law on March 23, 2010, the ACA has significantly affected how health care is purchased, accessed, and delivered. The law has made broad changes to the health care landscape, which has had an impact on consumers, health insurers, and health care providers in interconnected yet unique ways.

The ACA’s coverage expansions provided Michigan consumers with two new options: the
Healthy Michigan Plan and the Health Insurance Marketplace. On April 1, 2014, Michigan
residents below 138 percent of the Federal Poverty Level (FPL) who were not previously eligible for Medicaid became eligible for the Healthy Michigan Plan, Michigan’s expanded Medicaid program. Beginning in January 2014, eligible individuals could enroll in private health insurance coverage through the Health Insurance Marketplace. In CHRT’s most recent survey of Michigan adults, 13.9 percent of respondents reported being uninsured in 2012, compared to 7.0 percent in late 2014. These two new options have likely contributed significantly to this decrease.

As of February 2015, 29 states—including Michigan—and the District of Columbia have expanded Medicaid under the ACA. To date, the Centers for Medicare and Medicaid Services (CMS) has approved Section 1115 Medicaid waivers from five states to implement expansion in a way that differs from federal rules: Arkansas, Iowa, Michigan, Pennsylvania and Indiana. After CMS’s approval in December 2013, the state of Michigan launched the Healthy Michigan Plan on April 1, 2014. The Healthy Michigan Plan covers residents between 19 and 64 years of age who have a household income below 138 percent of the Federal Poverty Level (FPL) and do not qualify for Medicare or other Medicaid programs.