Rising cost of specialty drugs in Michigan and the United States: A case example for Multiple Sclerosis 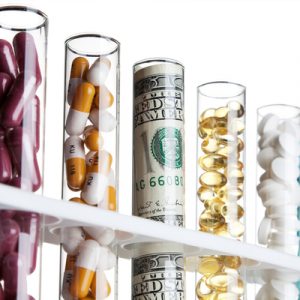 Specialty drugs continue to be a growing component of the prescription drug market and the increase in their cost has fueled increases in overall prescription drug spending. These drugs are used to treat complex and chronic medical conditions such as cancer, hepatitis C, multiple sclerosis (MS), and rheumatoid arthritis. They typically require special handling, administration, and monitoring, adding to their cost.

Spending on non-specialty drugs has decreased in Michigan in recent years, yet total drug spending has increased because of increased spending on specialty drugs, especially with the release of new, high-cost MS and hepatitis C drugs. Treatments for these two conditions rely greatly on prescription drug medication that can save lives and improve patients’ quality of life. But, recent cost increases for drugs like these can often lead to high out-of-pocket costs. Generic drugs offer an alternative to costly branded drugs, with savings up to 80 percent for consumers. However, generics are not available for most specialty drugs.

The Rising Cost of Specialty Drugs in the United States examines overall specialty drug cost trends in the United States and Michigan, focusing on high-cost specialty drugs for MS patients, and explores policy implications. The analysis is based on prescription drug data for privately insured patients with prescription drug coverage. The Michigan data includes privately insured patients with prescription drug coverage through Blue Cross Blue Shield of Michigan (BCBSM). The national data is from Express Scripts Drug Trend Reports, 2011-2014, and is also limited to privately insured patients. Specialty drugs covered under a patient’s medical benefit are not included in this analysis (generally includes drugs administered in hospital or institutional settings).