Uncoordinated prescription opioid use in Michigan 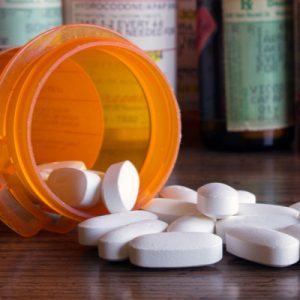 Prescription opioids such as morphine, oxycodone, and hydrocodone provide pain relief to patients with chronic pain. However, these drugs also pose safety risks to patients. Opioid use can cause respiratory depression, resulting in overdose or death.

As prescription opioids have been used more extensively for pain control in the past two decades due to changing practice guidelines, overdose deaths surged in both Michigan and the United States. Notably, the majority of opioid-related disabilities and deaths result from patients taking opioids as prescribed, rather than from deliberate abuse or misuse. Furthermore, opioid-related deaths are frequently associated with concurrent use of prescribed antidepressants or benzodiazepines like Valium and Zanax.

Pain control is an essential part of patient care, and opioids are one of the primary pain treatments available. While most opioids are used and prescribed appropriately, a small number of patients receive numerous prescriptions from separate prescribers within a short period of time. This lack of coordination increases patients’ risk of accidental overdose and death. This issue brief analyzes accidental deaths from opioid overdoses in Michigan, uncoordinated opioid prescribing among privately insured Michigan patients in 2013, and policy options to improve safe prescribing in the state.

Key recommendations to address these issues include: